I’ve recently watched Hello Love Goodbye in cinemas and I was reminded to post my last trip in Hongkong…masyadong delayed!

Our Hongkong trip last November was my first trip abroad with my mother and sister. My nanay is the type who wouldn’t want to stay at home but since she can’t afford to travel, she’s always jealous of me traveling even if it is for work.

Hongkong is one of the famous tourist destinations for Filipinos who have just started catching the travel bug. Well aside from the fact that it’s one of the more progressive cities in Asia with a lot of tourist sites, it’s one of those we don’t need a travel visa, alongside Singapore, and the neighboring Southeast Asian countries. So when I saw a seat sale one time, I immediately grabbed the opportunity and booked a flight for an all girls-trip…hehe! 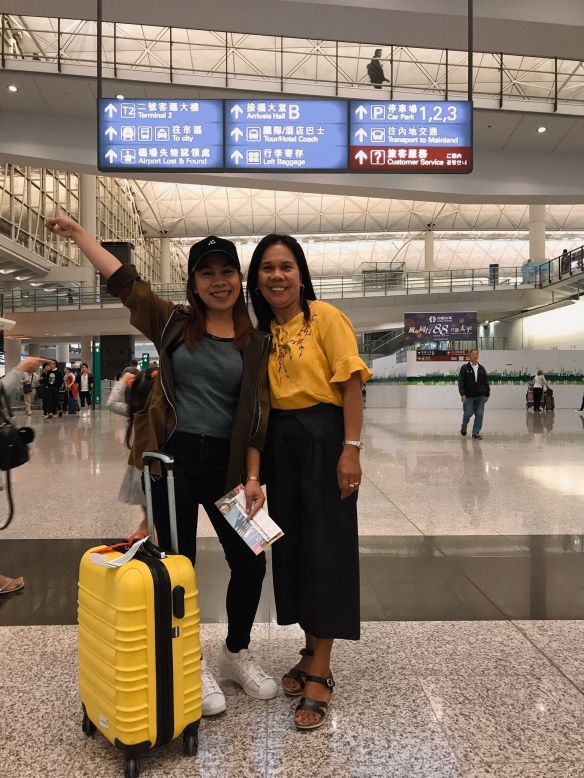 We stayed in the Tsim Sha Tsui area which is known for cheap accommodations. I would not really recommend staying in these tight places when traveling with parents so I’m keeping in mind to really save up for a good accommodations if I travel with my parents next time. The good thing about our hostel though is that it’s very near the subway, the souvenir market and a lot of restaurants (even jollibee!)

We had a chill itinerary considering my mother who’s not really used to traveling abroad, more so, DIY trips. Here are just a few of the places we have been to on our 3-day trip.

Tsim Sha Tsui and Mongkok street markets. Our hostel was just near the night market so we just strolled around the area on the night we arrived in Hongkong. There are a lot of street markets in Hongkong which actually offers great bargains on anything under the sun, from souvenirs and clothes and whole other stuff. 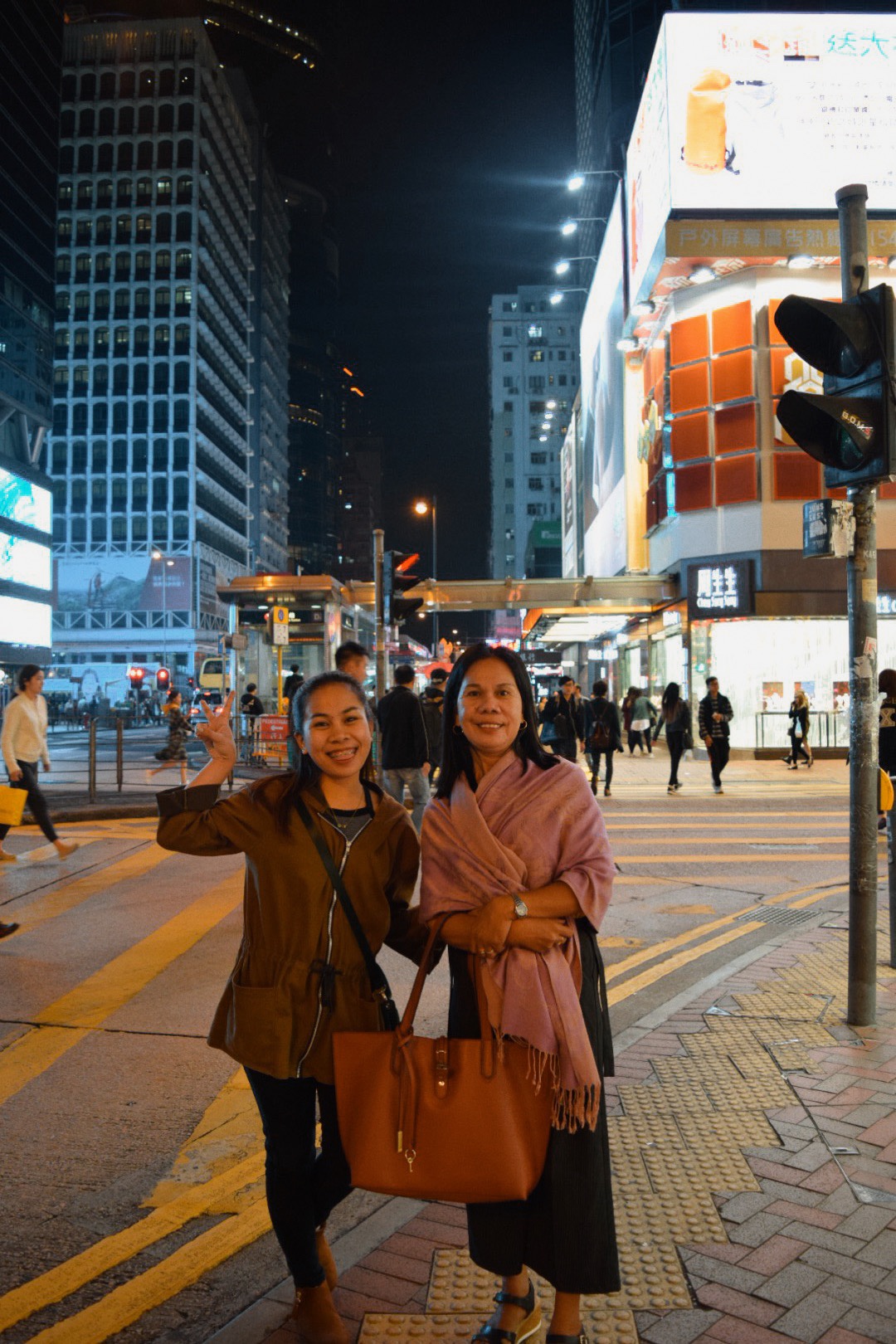 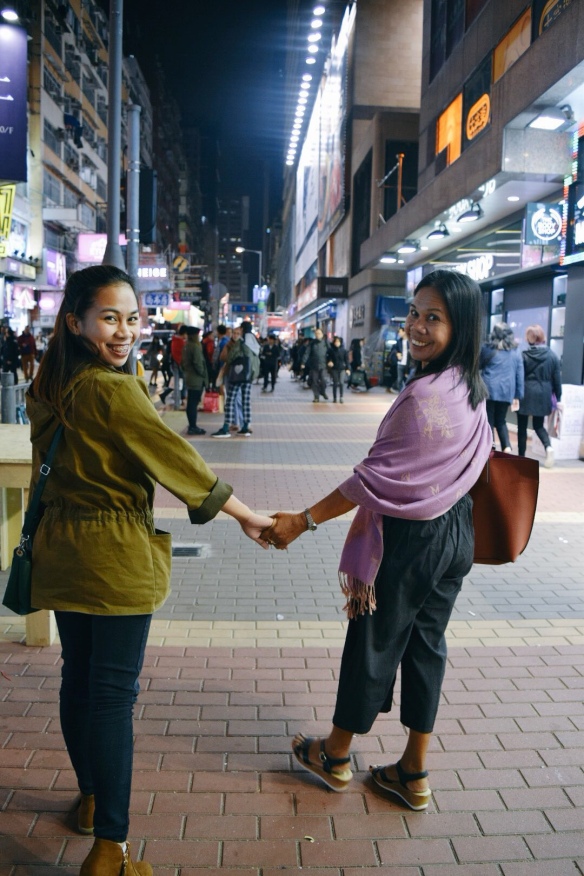 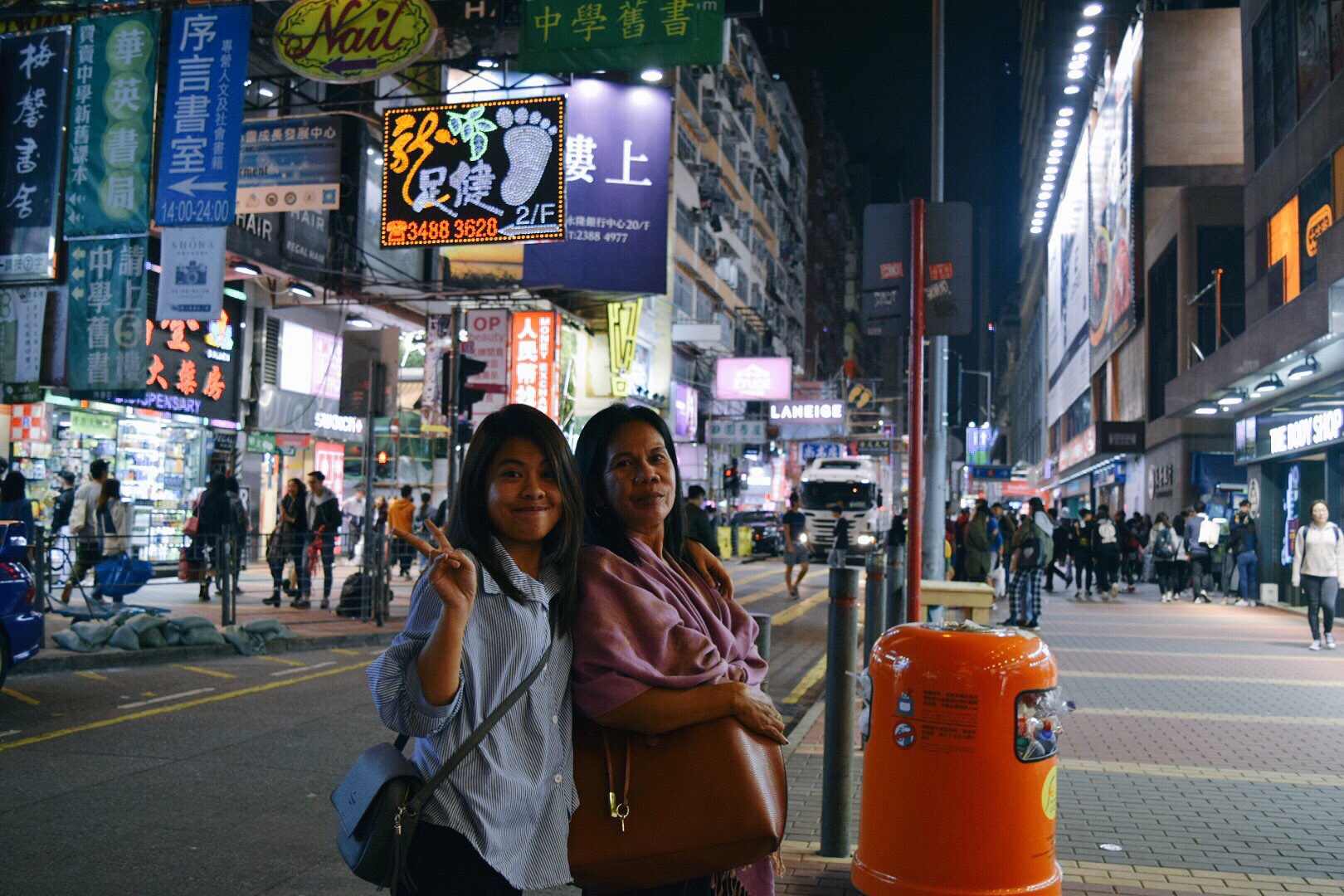 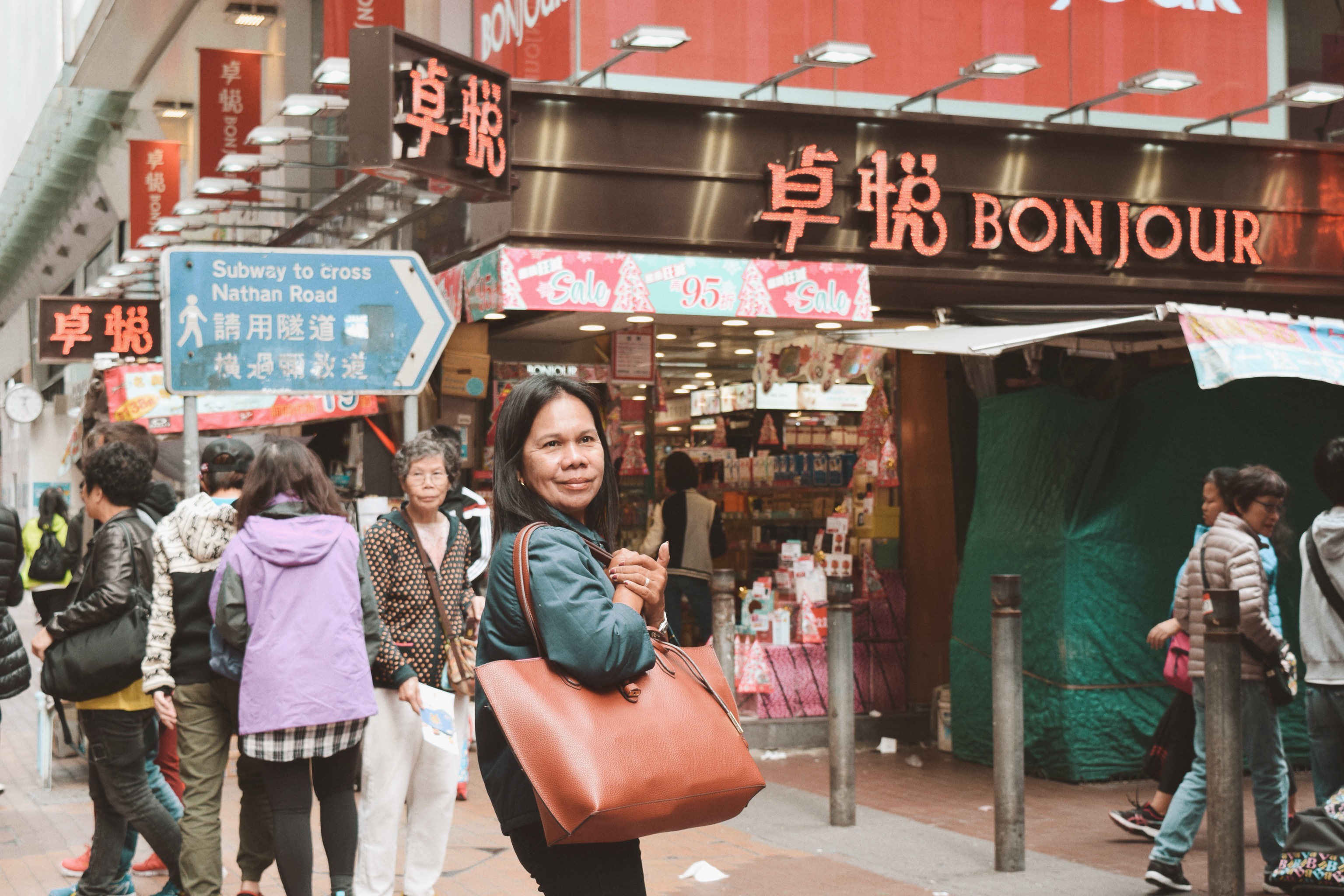 Victoria Harbour. We went to Causeway Bay area because I was craving for Ichiran, my favorite japanese ramen house. And since it’s within the area, we did a quick stop to Victoria Harbour before going to Disneyland. It is quite a refreshing sight to see it in daylight but I much prefer the view at night time because of the beautiful city night lights. 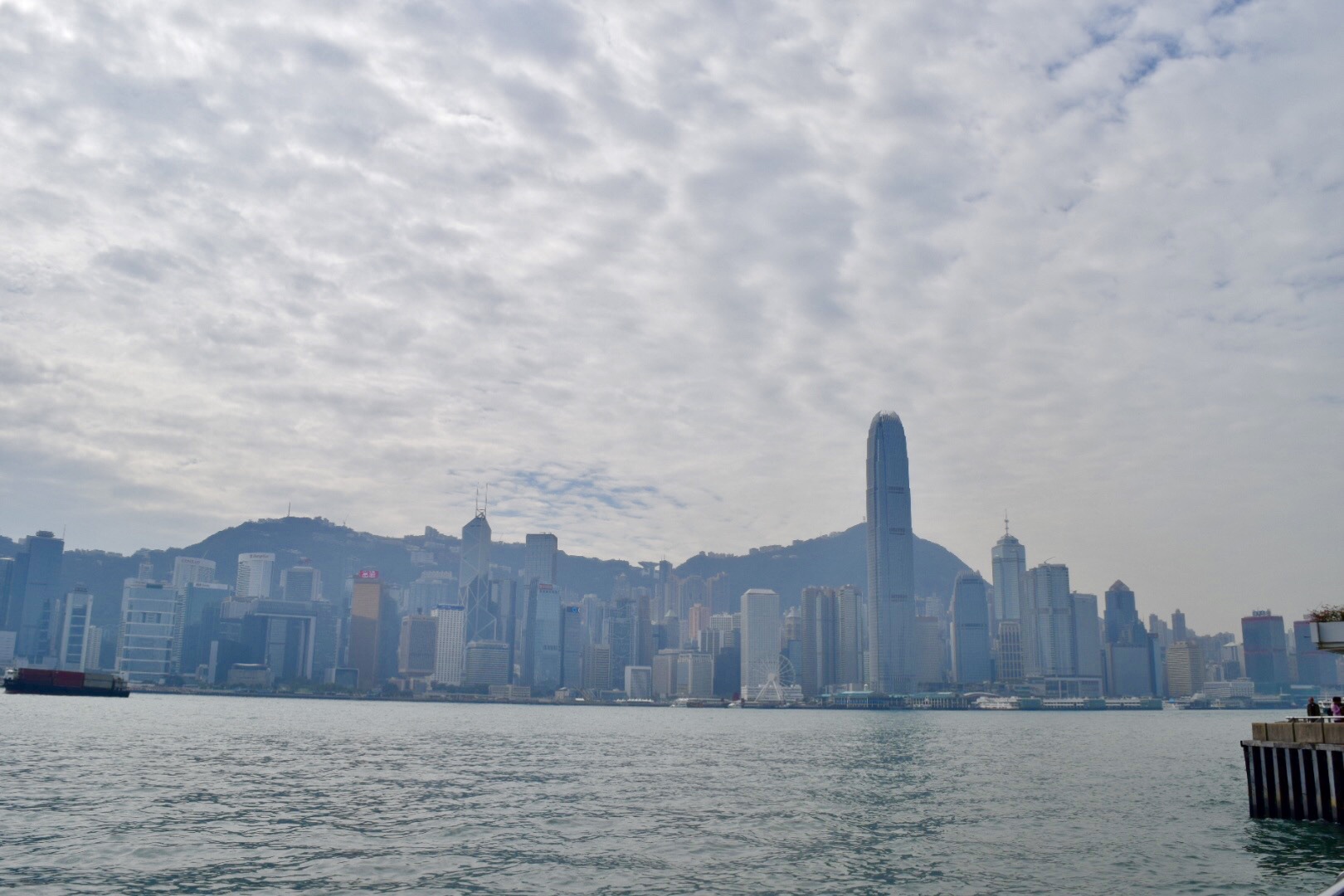 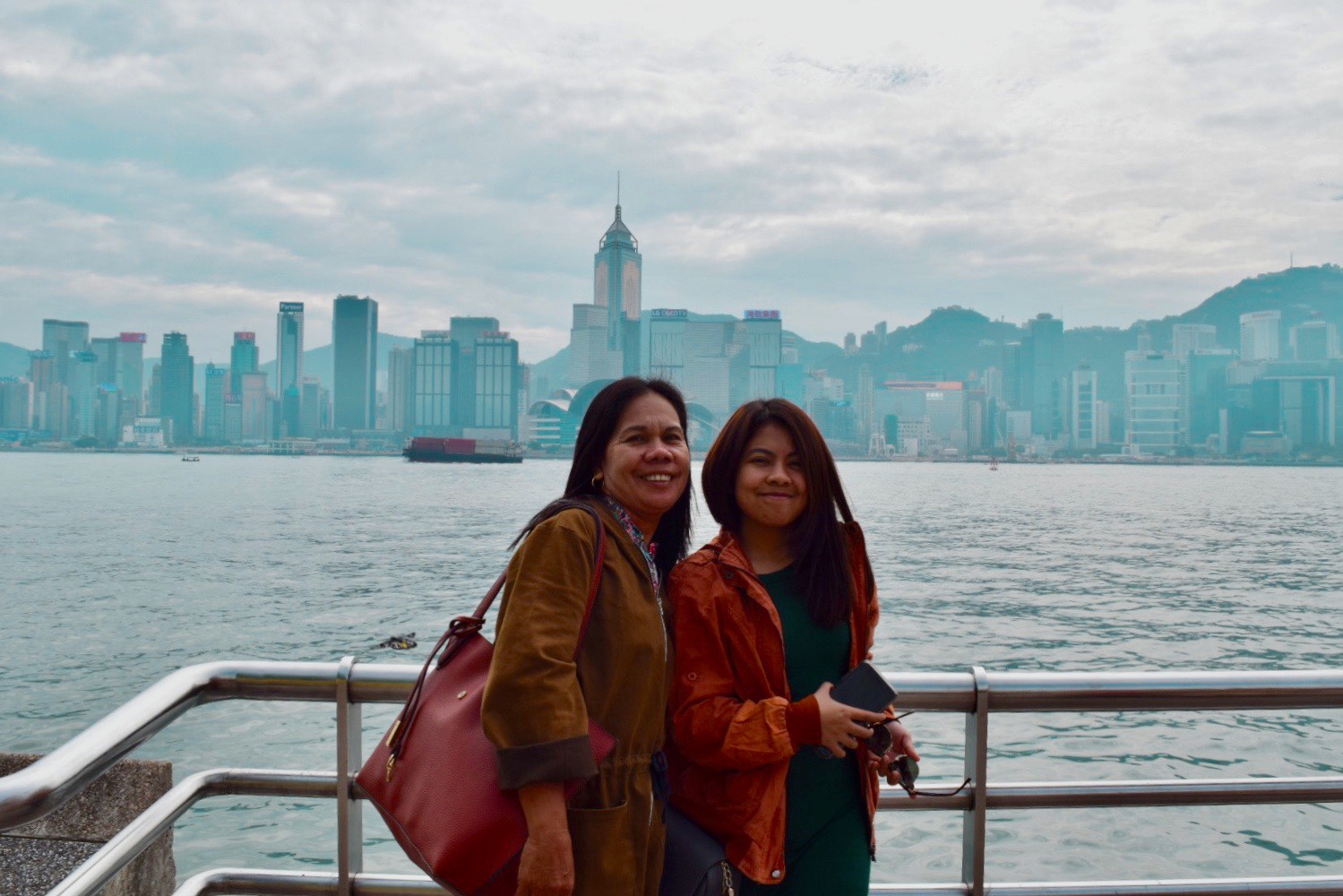 Hongkong Disneyland. This was pretty much the highlight of our trip because my sister is so much into theme parks and stuff like that. I visited Ocean Park during my last trip in Hongkong so I was happy when my sister chose to visit Disneyland this time. We pretty much stayed the whole day until closing time to see the parade and the shows. I should mention that November is relatively a cold season in Hongkong so it’s good to pack for a jacket or two during this time as we were freezing cold while watching the parade and had to buy coffee para lang mainitan. 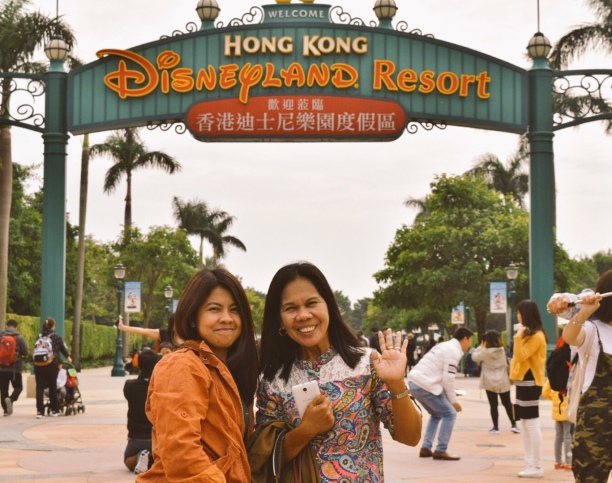 NgongPing 360. Ngongping is a highland, pretty much the main attraction of Lantau island, and home to the famous Tian Tan Buddha. While there are other ways to get to the island, the best and most efficient way is to ride the cable car. Thanks to klook, we did not have to wait long in line to get to our ride. The cable car ride was about 20-30 mins but the view was beautiful. 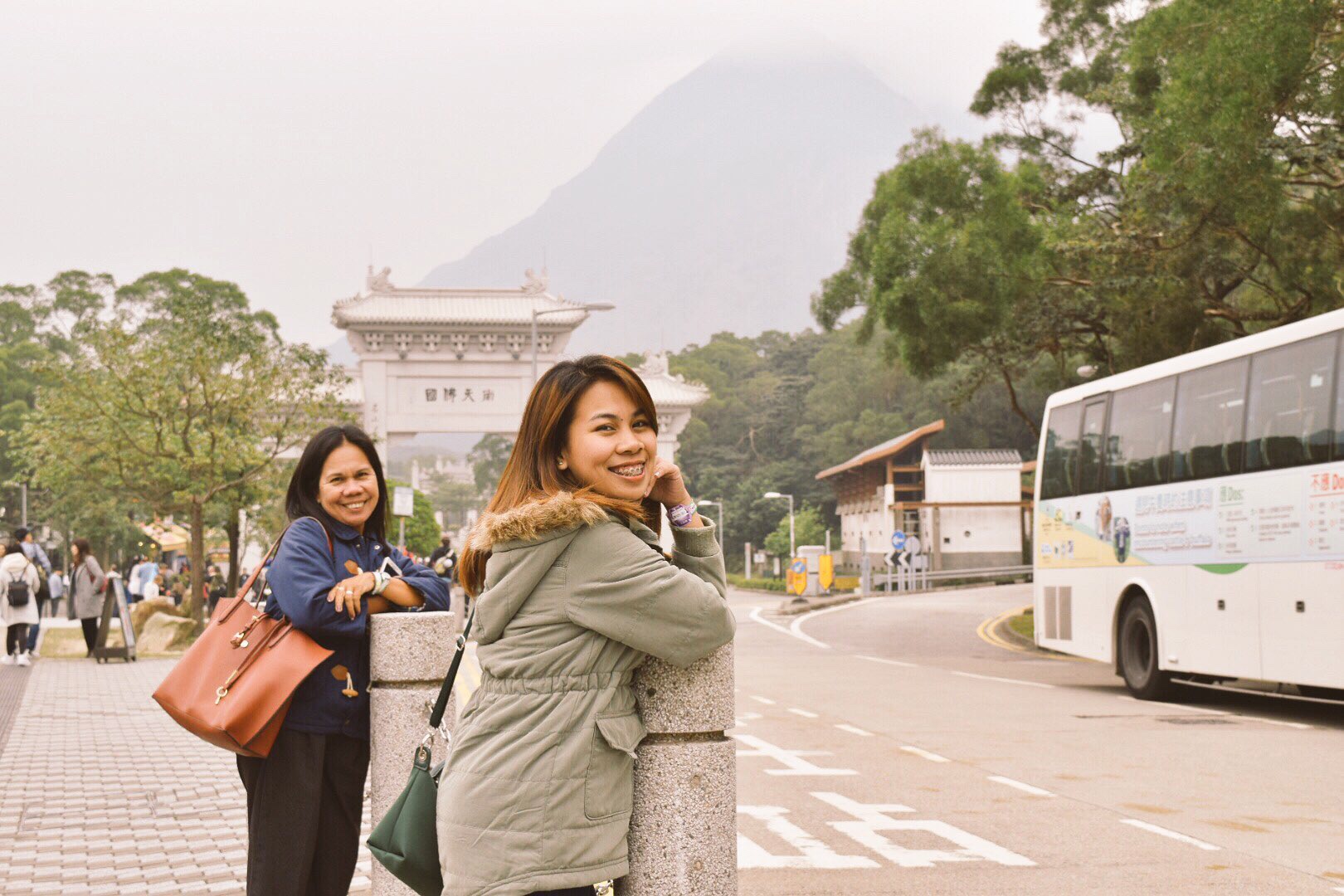 Tian Tan Buddha is a giant sitting buddha statue just a few tumblings away from Ngong Ping village, and 268 steps away from the bottom of the staircase. According to wiki, the statue is 34 metres (112 ft) tall, weighs over 250 metric tons (280 short tons), and was constructed from 202 bronze pieces. 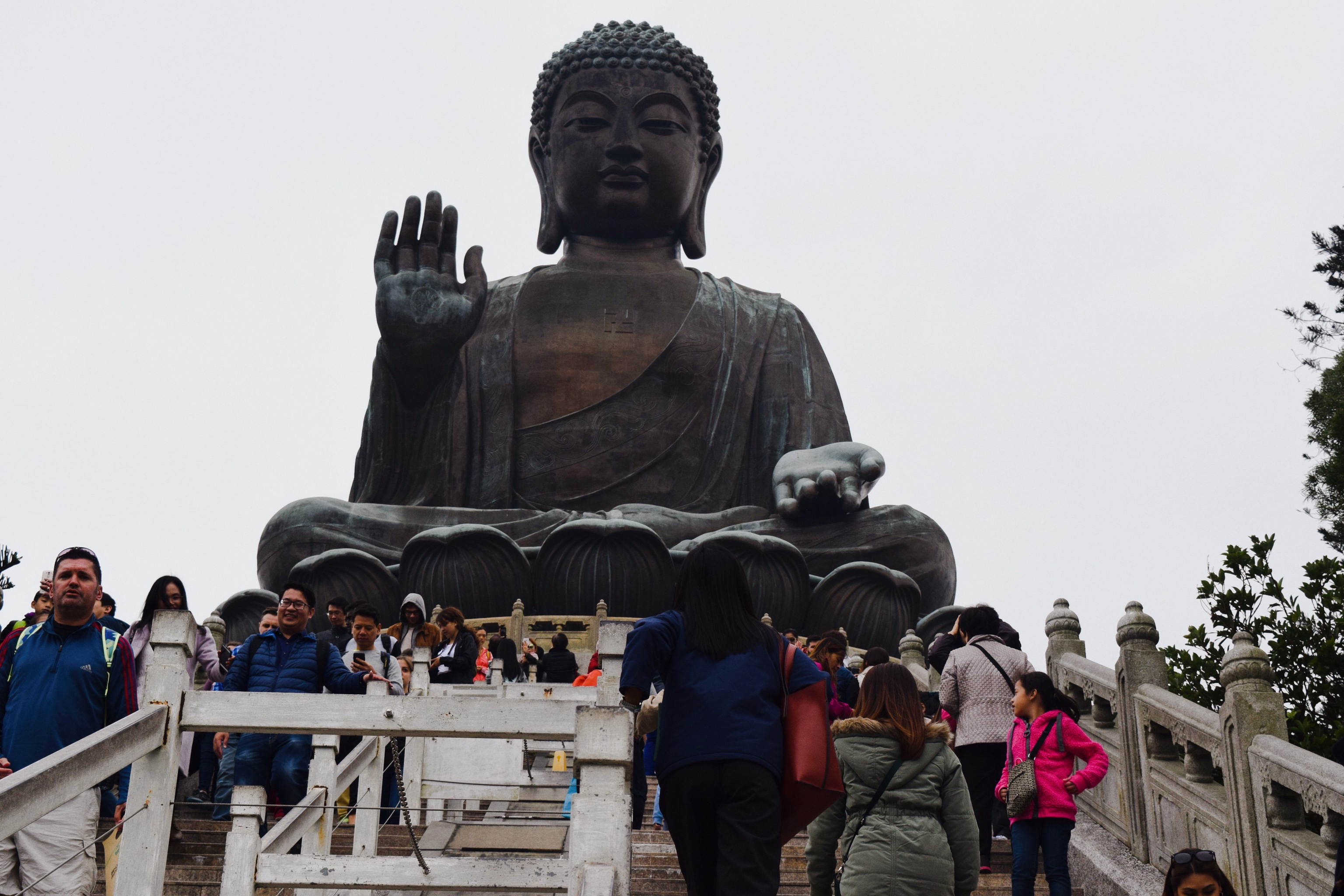 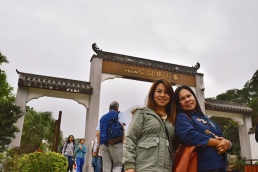 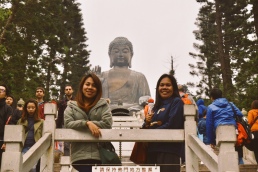 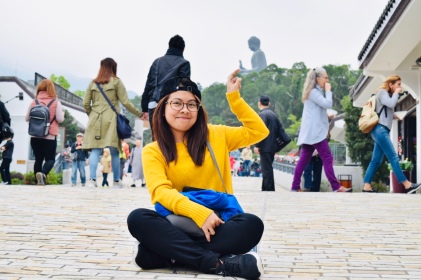 黄大仙廟 Wong tai sin temple is a well known shrine and temple in Hongkong according to google. We visited it on the way to Nan Lian because it was near the train station we got off to and had a beautiful facade of a chinese temple . It was actually packed with visitors  during that time but was nice is that it has other areas that were peaceful and not that jampacked. 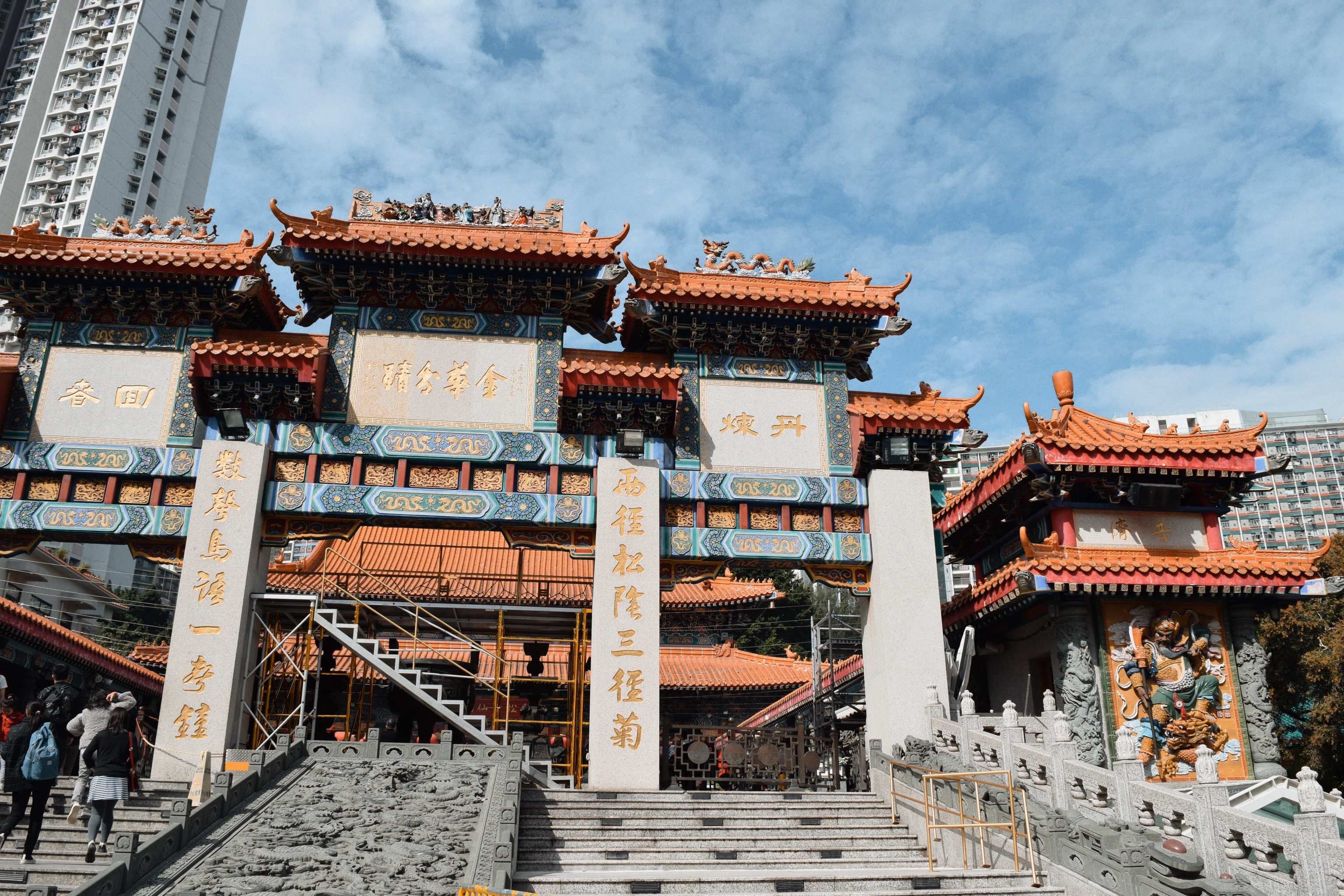 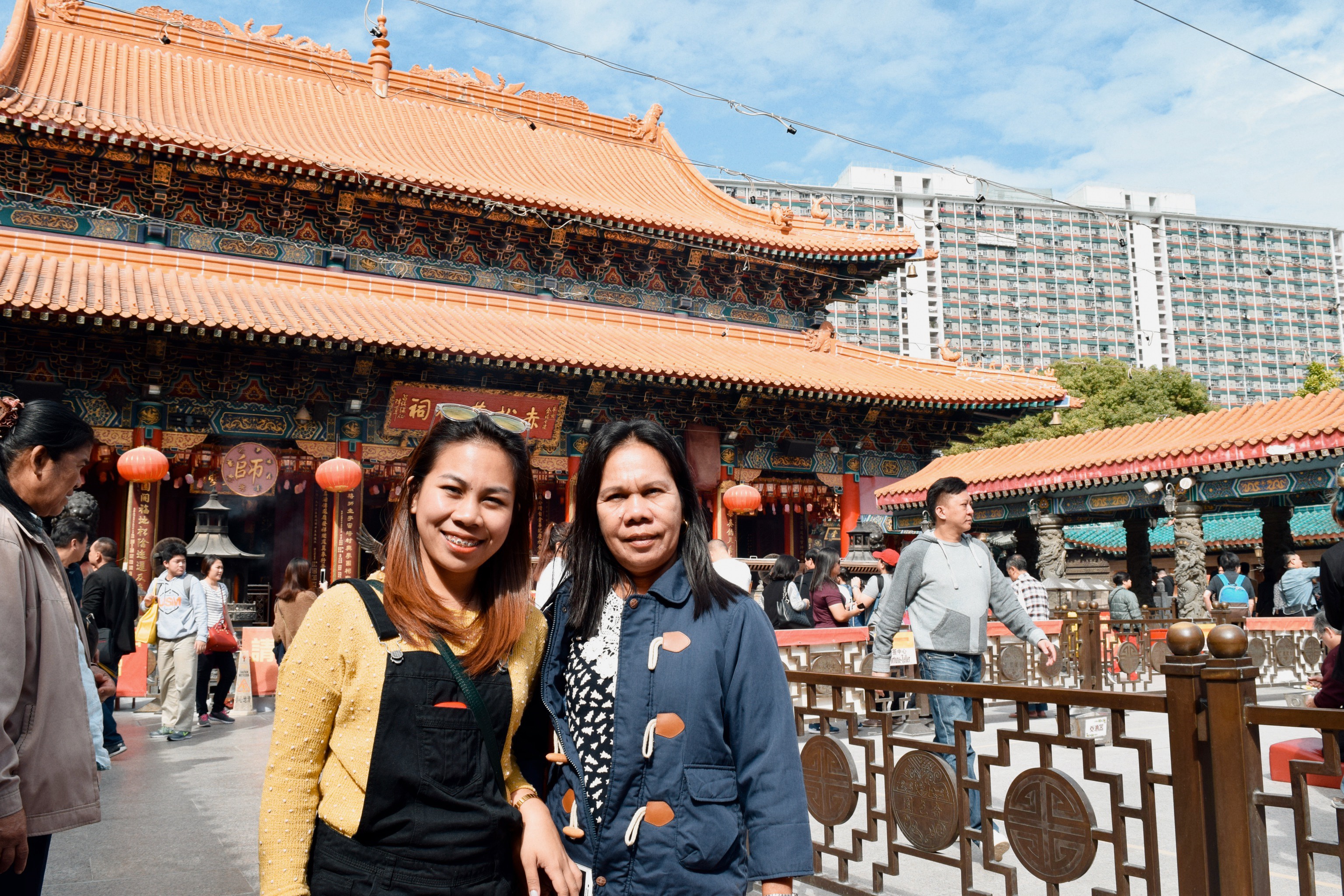 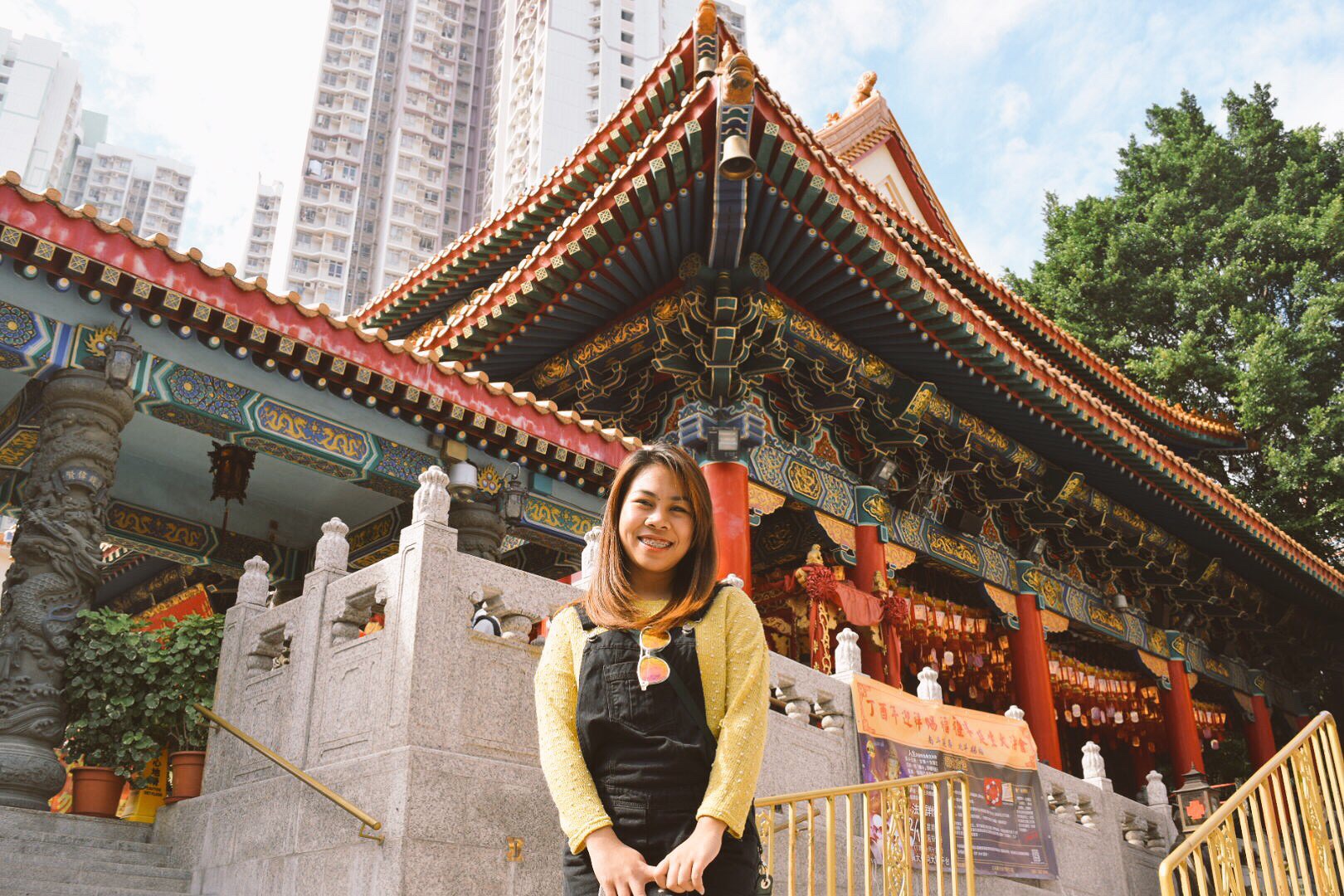 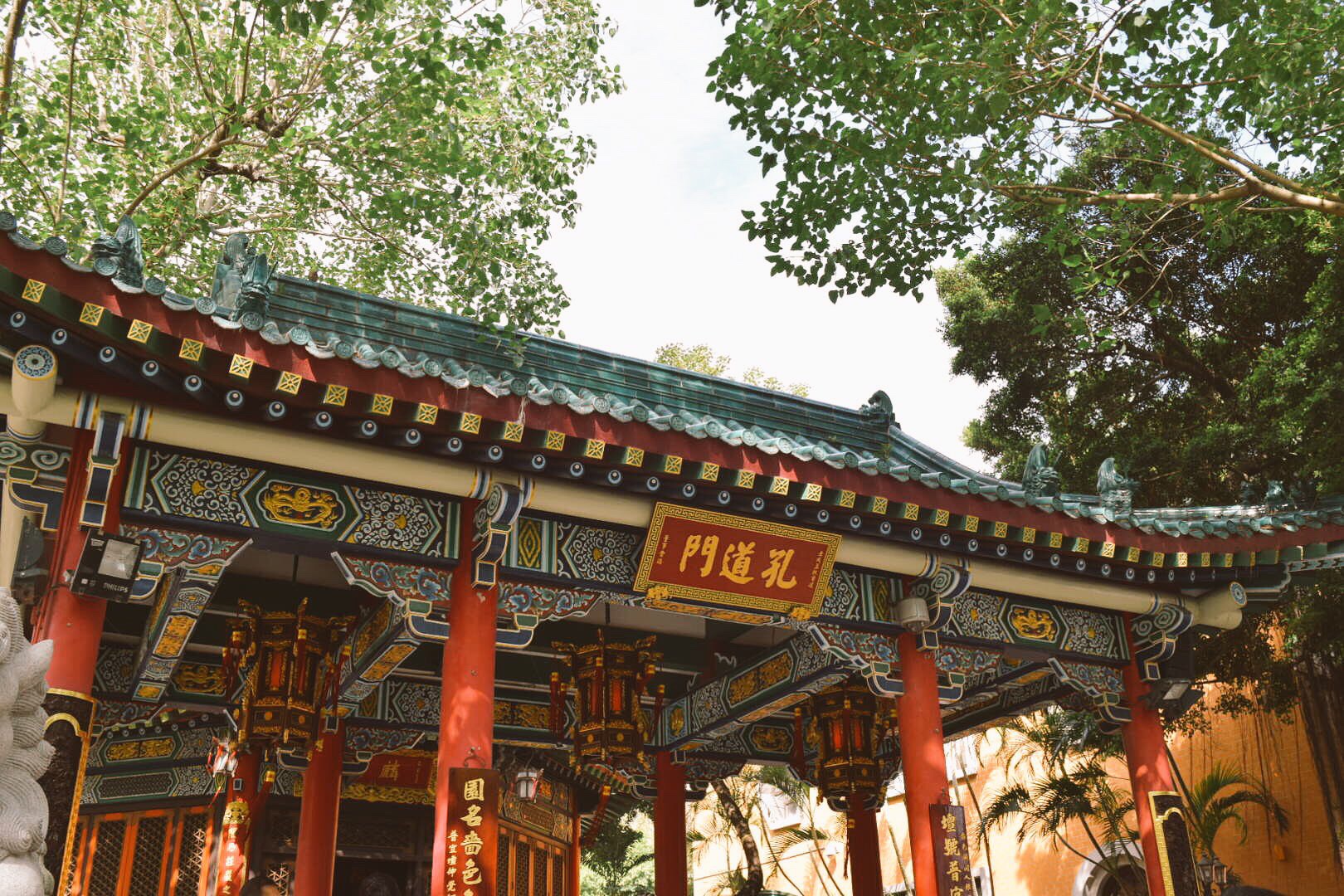 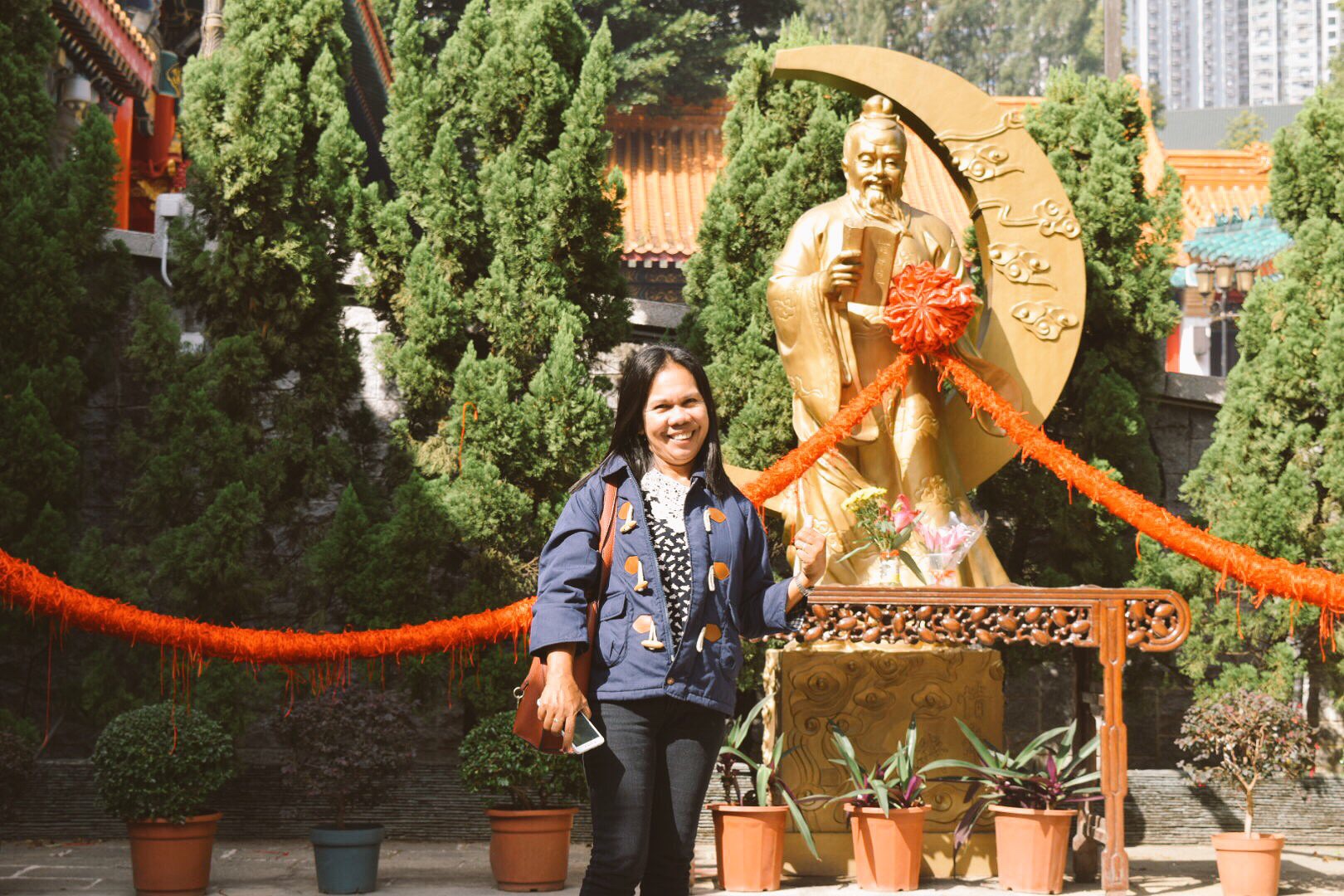 Nan Lian is a beautiful chinese garden which actually houses a golden pavillion, a museum, a pond and tea house among all others.

The rest of the day was more of eating and walking around Causeway way, IKEA, and Times Square area. We went back to Tsim Sha Tsui for dinner and some last minute shopping for pasalubong and retired just in time and enough to pack for our flight the next day.

When in Hongkong, don’t forget to try and feast in Dimsum! 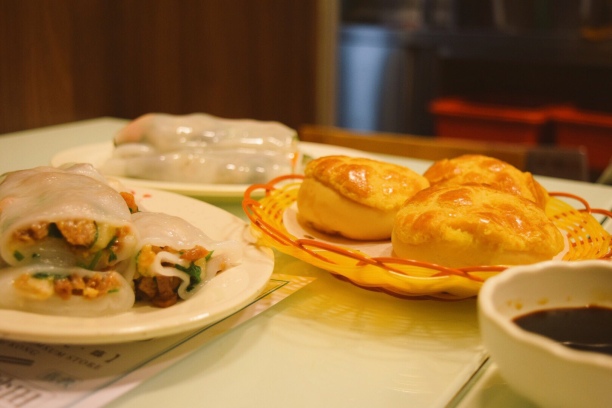 Hopefully I can still recover my lost files and post more photos soon.

Welcome to my blog. Thanks to a friend, I was able to create a website and now able to share my travel photos online. I’m still a newbie and I dont really write so appreciate your inputs on how to improve. Thank you!

– Small town girl with big dreams | 10 years a Corporate slave| Addicted to travel (or planning for one) | Samgyupsal is my comfort food. –